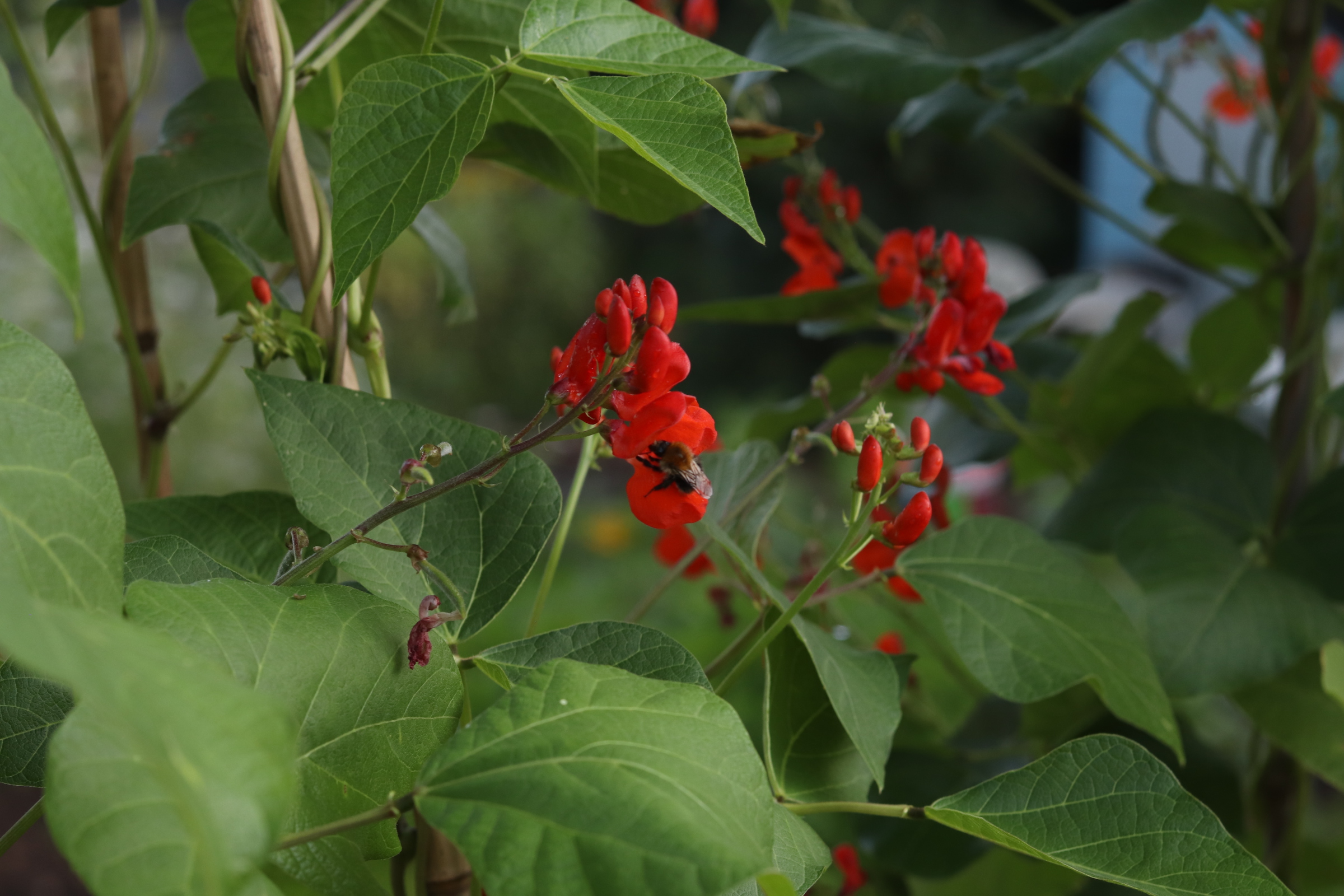 The mercury is rising and all sorts of records are set to be broken. Personally, the amount of produce I’m starting to get from the plot is record breaking in every area. I’ve had my pear tree produce fruit for the very first time. Upon arrival a few days ago I found 2 of the fruit on the ground. Turns out that although very small they were perfectly ripe and tasted pretty good. The other few fruits have been enjoyed now! I just wish I knew the variety. I got the pear tree along with some other dwarf fruit trees as part of a Groupon deal when I first started out. I was less organised back then and lost the colour coded tags. Truth be told, I never thought the sticks that arrived in the post would grow, let alone ever produce fruit! Last year I think I had 3 apples from a tree that was part of the same deal. This year the poor little tree seems to be struggling under the weight of the fruit.

Another success on the fruit front has been my summer fruiting raspberries. Oh wow! They just keep on coming! I made up a batch of raspberry, strawberry and elderflower jam early on in the season as I was never expecting the amount of fruit yet to come. I now have enough to make a pure raspberry jam, plus a jam I’ve heard of that I’m very keen to try – Raspbarb; Raspberry and Rhubarb. My rhubarb has never really looked happy until now. It seems that using the stuff seems to promote rejuvenation. Now is the time to stop harvesting though so it has time to build it’s energy stores for winter survival.

I’m producing in loads of other areas too! My first ever successful broccoli – not harvested yet but coming along now it is caged from that pigeons.

My corn is later this year than last but that is expected following the long, damp, chilly springtime. They are now developing though so something to look forward to.

I have the new polytunnel in place. In there I’m growing cucumbers for the first time – I love my husband that much as I can’t stomach them.

A few more pictures from around the place taken in the past 2 or 3 days as I have to be up early for it’s going to be too hot for work later on tomorrow. It’s a day for studying in the shade I think.

This site uses Akismet to reduce spam. Learn how your comment data is processed.

I’ve put these pages together to hopefully inspire others to get out there and start growing!

It’s not just about the scrumptious fruits and veg you get at the end of the season, but about getting out there and enjoying the fresh air, exercise and community.

Taking on my allotment has been one of the most fulfilling experiences, leading to growth on a personal level as well as a literal one!

Thank You for Visiting

I hope you enjoy these pages. Google Ads and the affiliate links help support this site – sadly not to the point where I can give up work and just grow – maybe one day! So please visit the advertisers to show your support!